It was May 6, 2018 when my first Feast’ testimony was published at The Feast Mall Of Asia‘s bulletin.
The Feast is a weekly prayer gathering of the Light of Jesus Family, a Catholic – Charismatic community.

A Wandering Sheep. That was me. Did I find my way or I was found?

I’m an introvert. So mysterious, boring to be with, always alone, and aloof – these were the common first impression about me. The truth was, I was just afraid to be judged, criticized, and be rejected.

Then I realized that I was afraid of my own shadow. The dark side of me was I easily judge and criticize others. I argues on anything that against my belief. I’m proud and full of pride. Close minded. Have a tough personality. I had trust issues and prefer keeping problems by myself. And because of this, I always been on my own.

I’ve been attending the Feast since July 2016 – I was always alone. Not until I decided to join the Love Life Retreat (LLR) Batch 22 on March of 2017. That retreat changed a lot of things in me. Particularly my personal, social, and spiritual beliefs.

After the retreat, my facilitator from the LLR, Bro Mark Tejares, invited me to join his Light Group (LG) at Bonifacio Global City (BGC). That time, I had no idea what a LG was.

I was kind of cynical. I thought it was just another venue  where I would be offered business opportunities with typical punch line, “open-minded ka ba“? I thought it’s another network marketing. So I turned down Bro Mark’s invitation twice.

He didn’t give up though. On his third invitation, I decided to give it a try.
END_OF_DOCUMENT_TOKEN_TO_BE_REPLACED

Want to Learn How to Invest in the Stock Market?

Kerygma Books are now just
one click away.Save Time. Save Fuel. Save Energy.

Read our powerful and inspiring reading materials that will help you become God’s powerful champion.
Shop online and get the best deals! 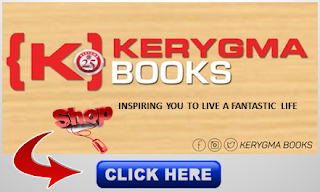 How A Maid Became A Millionaire

Have you heard of the story of how a maid became a millionaire? It’s possible, and it’s already been done.

Now the story is out in a book, and you can get the book for FREE❗

Just pay for the shipping.

Get Paid For Your Opinion